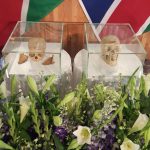 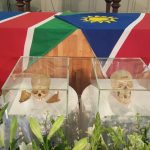 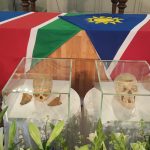 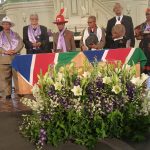 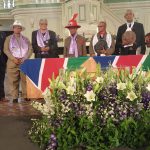 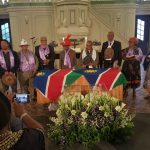 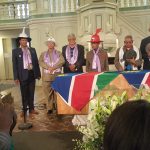 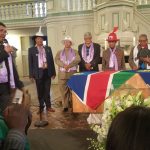 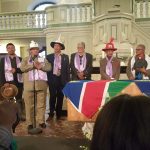 Here are some of the remains of our Ancestresses and Ancestors whom the Germans murdered during the genocide committed on us in today’s Namibia a century ago.
They will be taken back home soon where They can find Peace and rest in power, at last.
May they continue to inspire and guide us as we keep fighting to force their rapists, enslavers and murderers to Pay the Repations they owe us.
May they continue to protect and bless us as we’re about to defeat the racist and imperialist oppressors in the decisive battles that will bring about the total Liberation of Africa and the Black Diaspora. 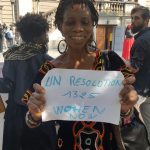 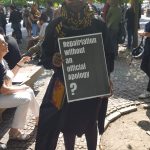 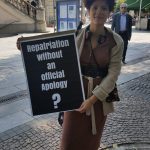 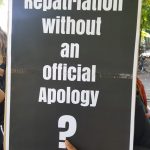 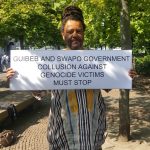 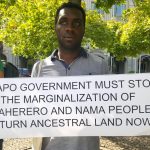 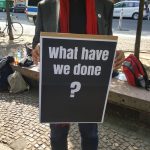 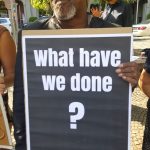 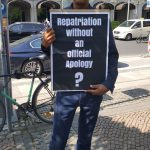 The last pictures seen above are that of a demonstration staged by activists of the Black Community in Berlin on Wednesday 29/08 in front of the church in which the official ceremony of Restitution of the Remains of our Namibian Ancestresses and Ancestors was taking place.
As you can see, our Berlin Sisters and Brothers were angry and defiant.
Indeed, the Black Community in Germany is angry at the German government for downplaying its historical responsibility in the genocide, for disrespecting the Herero and Nama Communities, for refusing to officially apologize and for trying and escaping their obligation and duty to pay the Reparations owed to us.

We are also denouncing and protesting the German government’s mean racist tactics and imperialist tricks aimed at dividing the Namibian People (the SWAPO Government and the Herero and Nama Leadership) as a way to weaken our Fight for Reparations.

Lastly, Berlin Black Activists express disappointment and defiance towards the Namibian Government for giving the impression to play the game of the German government, instead of standing unconditionally and boldly at the side of its own people fighting for Reparations.

United we stand, divided we fall! 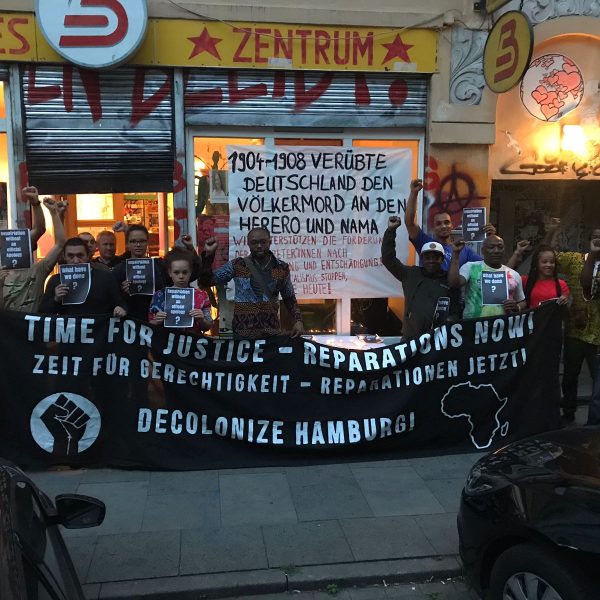 To honor the memory of our Ancestral Martyrs, and to pay solidarity and give support to our Herero and Nama Reparations Fighters who came to Babylon-Berlin to take back home the remains of our Ancestresses and Ancestors, the Black Community in Babylon-Hamburg held a vigil on Wednesday, 29/08 evening. 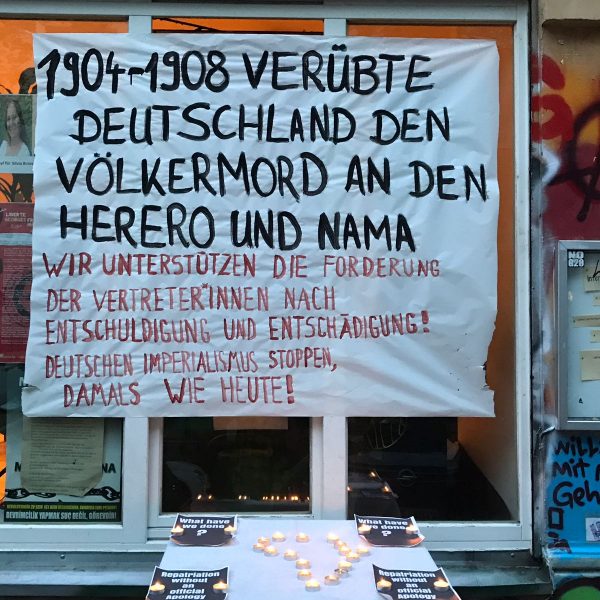 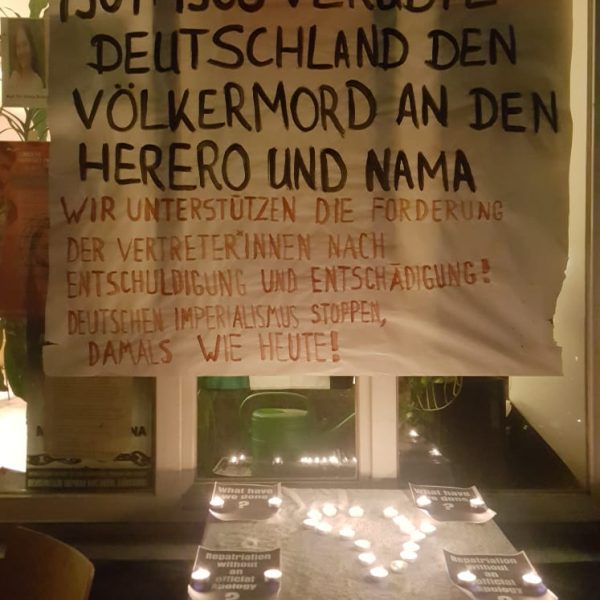 We also agreed that, in view of the worsening of the gap of distrust between the Namibian Government and the Herero and Nama Leadership, it is urgent that the Global African Family, especially all the Black Activists who have been supporting the Namibian People in their Fight for Reparations as well as their Independence Struggle, to step in and intervene.

Indeed, we must do everything in our ability to restore Trust and Togetherness, and establish and strengthen a genuine cooperation between the Namibian Government and the Herero and Nama Leadership in order to prevent the German racist tactics of “divide and conquer” from prevailing.

To this effect, all the Black Communities in Germany ate urged to adopt a common position and consensual agenda on this issue.

Down with German racism and neocolonialism!
Let us not be divided anymore by the foreign oppressors who have stolen our lands and riches, tortured, abducted, deported, raped and enslaved our Ancestresses and Ancestors and committed countless genocides on us.

Ancestral Blessings to You All and Your Loved Ones 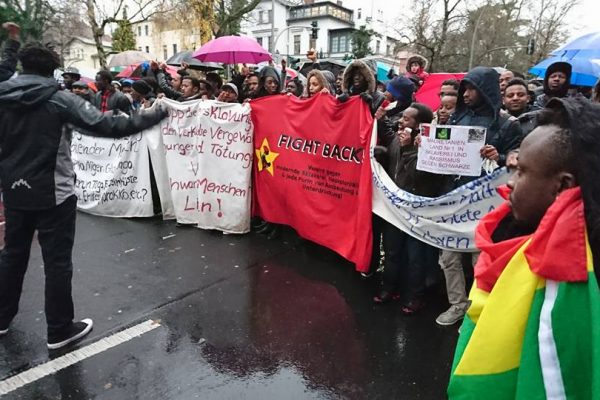 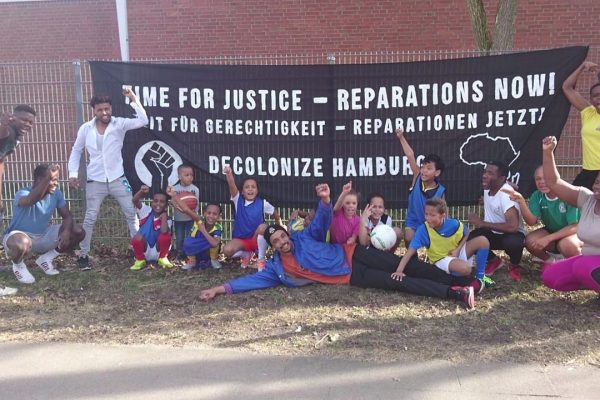 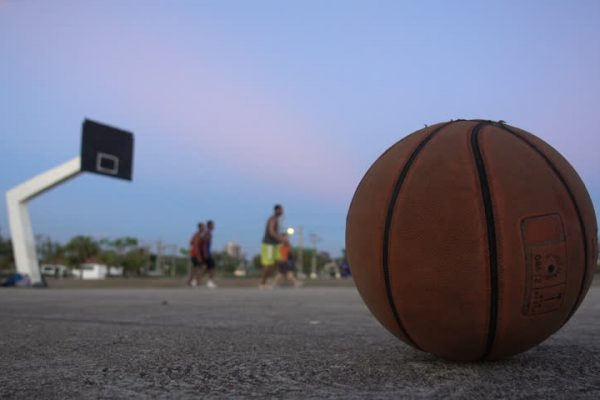